The final race of the 2015 World Orienteering Championships took place today and Cat Taylor achieved 6th position to put herself on the podium for the second time in these championships. 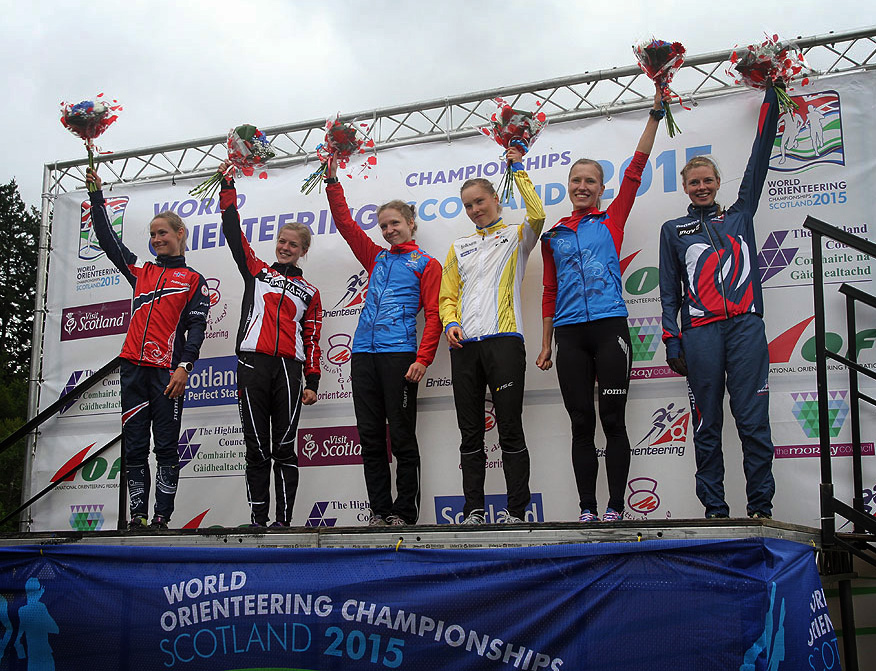 Ida Bobach, of Denmark, was a convincing winner in the women's race, with a margin of almost three minutes (2:44). The Danish women have stamped their authority firmly on these championships by winning 4 out of the 5 gold medals in the women's events.

Mari Fasting of Norway took silver, her first individual World Championship medal, while last year's champion Svetlana Mironova of Russia took bronze. Cat  Taylor, who was one of the earlier starters, came into the arena with the fastest time so far but Natalia Vinogradova finished soon after with what was to be the 5th fastest time of the day and Tove Alexandersson followed and recorded the 4th fastest time.

GB debutant, Charlotte Watson, had a fabulous race, finishing in 29th position, giving her senior career a good start. Claire Ward finished in 36th and explained to the commentators that she had found some of her route choices difficult.

In the men's race France's Thierry Gueorgiou put in a strong performance to take his third consecutive Long title. Daniel Hubmann of Switzerland took silver and Olav Lundanes of Norway bronze, with each of the three medallists winning the same medal they won last year.

This concluded a very successful week for the British Team. In the individual events, the team achieved 11 top 20 positions (four of them in the top ten) from eight different athletes. In addition, both men's and women's forest relay teams finished in the top ten, with the men's team narrowly missing a medal, and the mixed sprint relay achieved a top twenty.

Silva for the compasses

Beatons for the midge jackets

Dolphin Bay Suites for the accommodation

Chloe Haines for the catering