Jennie Taylor, Communications Officer caught up with Rachel Leathwood from Bristol Orienteering Klub who has recently been busy providing an orienteering activity at her children’s summer fair.

“My children's summer fair took place at Birdwell School in Long Ashton, North Somerset.  Instead of organising and manning the usual tombola or 'guess the weight of the cake' stall, my husband and I organised an orienteering course around the school grounds.  It was great fun and really rewarding as the kids loved it.  I recommend anyone with a link to a school or youth group to give it a go!

My husband has done lots of urban mapping for BOK events including the recent Euro City urban event in Bristol which meant we already had the school mapped as part of a local evening urban event a couple of years ago.  However, we simplified the map further, expanding it.  We didn't provide a scale, but probably about 1:500, adding some labels to help people orientate themselves for example, which said 'playground', 'school hall' standardising walls and fences to the same thick uncrossable line.  This is a primary school with kids aged 4-11 years and needed to be as simple as possible.  A hand sketched map would have worked just as well if you wanted to host an event where the area hadn't already been mapped.

BOK has a set of stand-alone Orienteering kit that is used within Avon Schools and Jackie Hallett encouraged us to use this kit.  The kit links to a standalone printer, with no link to a computer so no power on site or technical knowledge is needed (phew!).  You just put out the controls, hand out dibbers and ready to go.  At the end, each person gets a print out which all children are excited about!

David Hunt, a BOK colleague, offered to help us which proved invaluable.

We put out 10 controls around the school grounds and then created 4 courses to avoid a trail of people following each other and to enable those keen enough to keep having another go.  Maps were A4, put into plastic wallets and reused.  We had some of the older children going solo or with a friend and lots of family groups going around together.  At 50p a go, we didn't make a vast amount of money, nothing compared to the raffle.  However, £45 meant we'd introduced 90 children and their families to Orienteering, and their 50p had lasted 20 minutes.

While I still had the club kit, I went back to school the following week and spent an afternoon with my children's year group of 7/8-year-olds and let all 60 children have a go.  One of the teachers had already orienteered as a child down in Southampton with her family and therefore did the explanation of what to do.  We then showed them the map which we had projected on the school white-board.  We then released 30 children at a time. 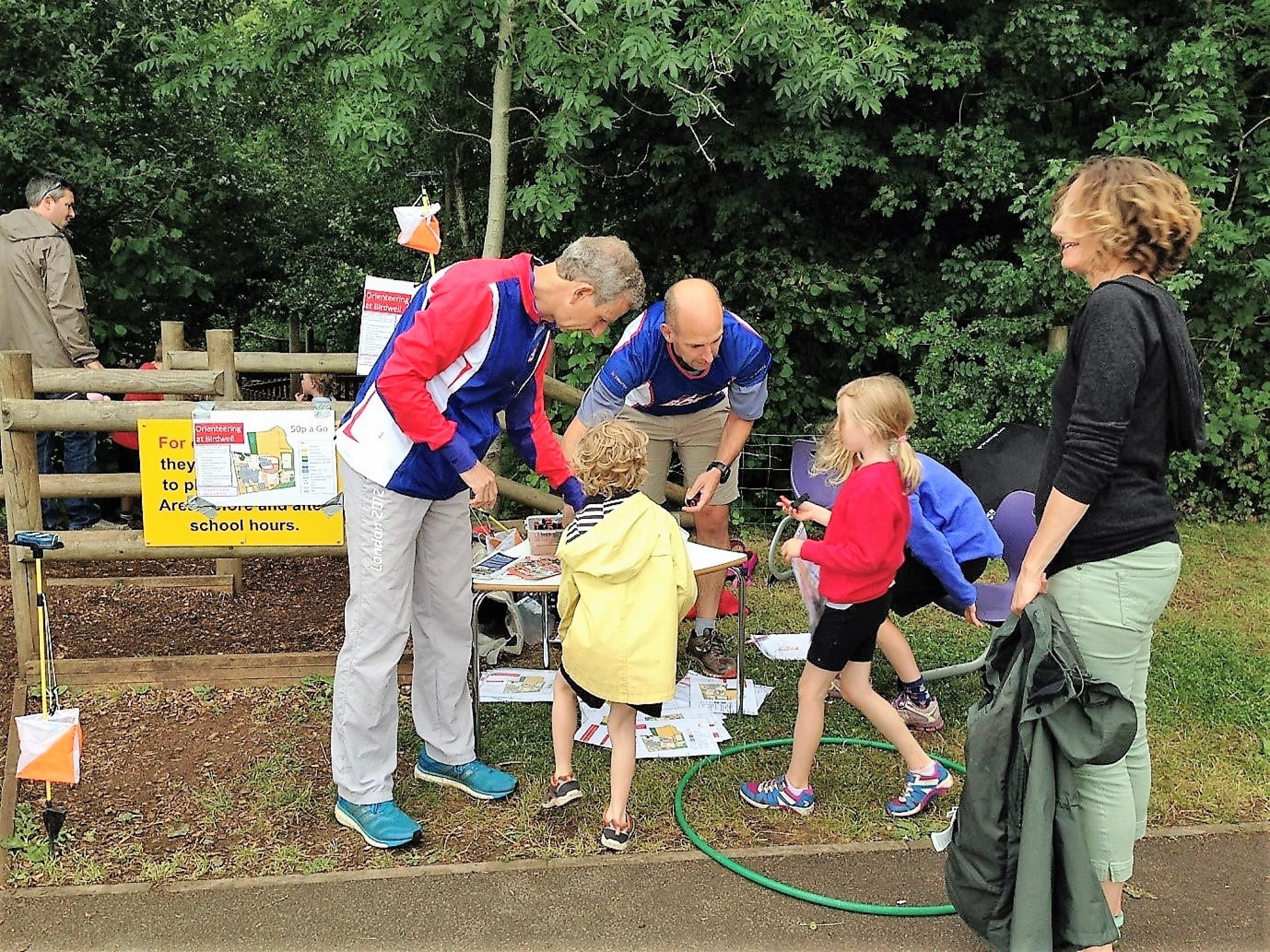 It was a very hot afternoon, and the children may not all have known where they were going, but every one of them ran as fast as they could in one direction or another!  All of them managed to finish one of the courses.  The beauty of the stand-alone system is that the printer just records where you've dibbed. There are no mis-punches or DNF recorded.  Everyone was happy!”

Rachel continues:  “My next task is to try and build on this enthusiasm and encourage some of the children to come along to some appropriate BOK events in the future.”

If you want to share orienteering with others more information and resources are available here.

If you have a similar orienteering story you would like to share with others, please email:  jtaylor@britishorienteering.org.uk