A Tough Day for Team GB in the JWOC Relay

The last race of JWOC 2017 was the relay. This combined the physical and technical terrain, seen in the previous forest races, with fast running and closely gaffled controls. As is the nature of international relays, it is very hard to stay in contact with the front of the race and not make errors.

The Men’s Relay was the first race and Alex Carcas (GBR1) and Ali Masson (GBR2) ran leg 1 for each of the British teams. The race had a very fast start with an early track route choice forcing the athletes to their limits. Alex Carcas ran a very good leg, maintaining contact with the leaders for the majority of the course finishing 6th just 1:01 behind. Alex spoke of running well below 4min/km on the tracks and it being one of the fastest first legs he had experienced. Ali Masson saw some small errors, but maintained speed, handing over in 20th.

Sasha Chepelin was able to carry his strong form from the rest of the week onto the second leg for GBR1, running the 3rd fastest time on this leg, and, after a good chasing run, brought the team back in in 4th, +2:01 on the Norwegians. Matthew Fellbaum ran a fantastic second leg for GBR2, climbing eight places over the course and into 12th at change over.

Nathan Lawson started strongly on the last leg for GBR1 and, despite some small misses early on, was still in touch with the main chasing pack through the spectator control. The control after this was one of the hardest of the week and, unfortunately, saw Nathan lose significant time here. GBR1 eventually finished 19th. Harrison McCartney was chasing hard for GBR2 and a strong race from him helped him maintain 12th team and the 8th nation overall. Norway held their early lead to win ahead of Finland and Russia, who finished 2nd and 3rd respectively.

The Women’s Relay was very similar to the Men's and started equally quickly. Fiona Bunn (GBR1) and Cecilie Anderson (GBR 2) led off for the British. An early mistake for both teams meant they were running through the field for most of the race. Fiona was able to run a strong end to the leg bringing GBR1 into 12th at the handover. Cecilie, despite an injury sustained on the course, kept fighting and was able to handover to Alice Rigby, running the second leg for GBR2.

Jennifer Rickets ran 2nd for GBR1 and despite a small mistake was able to improve the teams position moving into 11th at change over. Alice Rigby also was able to run a confident race and hence also gained positions moving GBR2 into 24th. 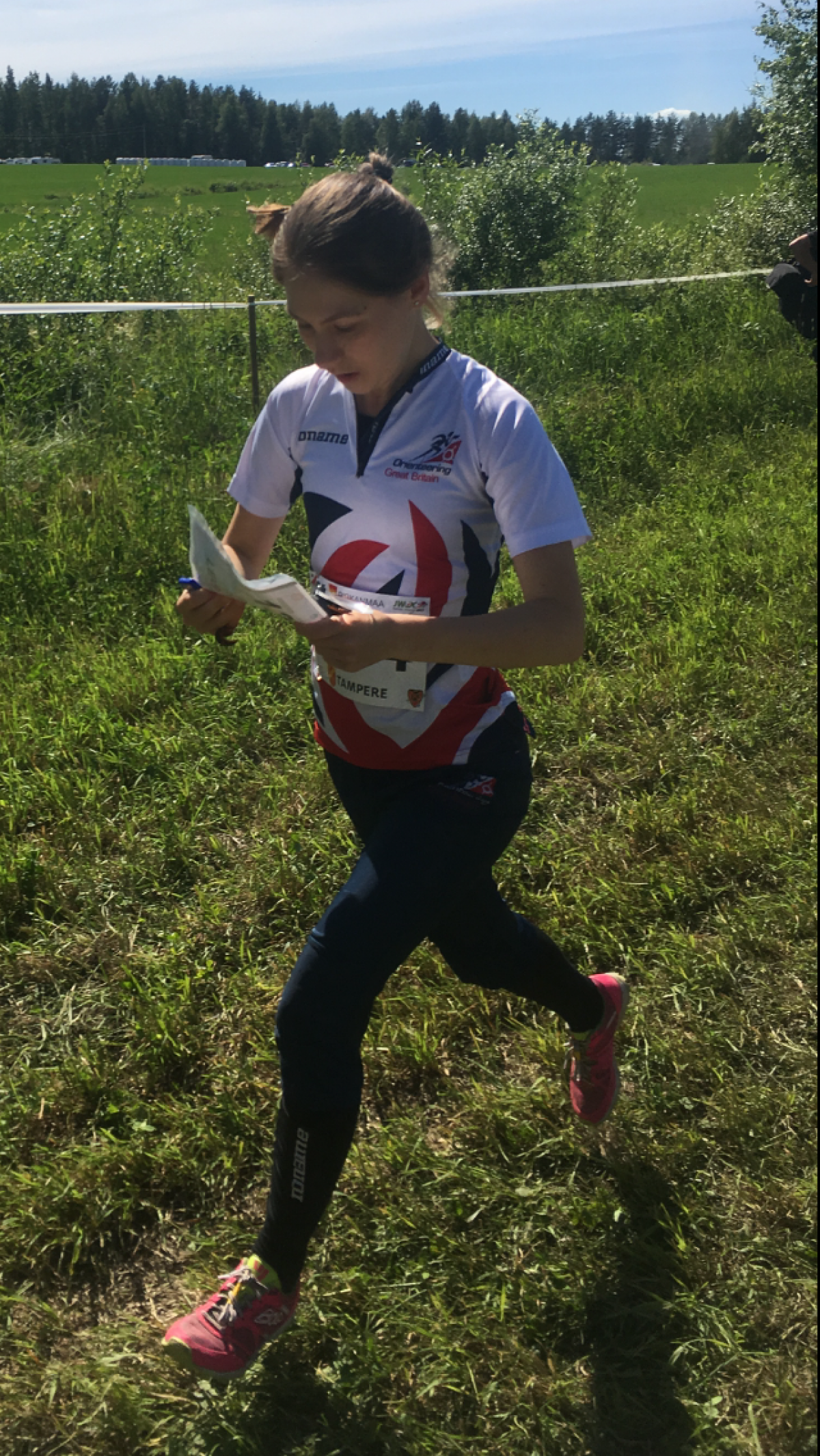 Grace Molloy, having had a very strong debut at JWOC, had a good start, but made an error close to the end on the last leg for GBR1. Chloe Potter was running hard and ran one of her best runs of the week on the final leg for GBR2. There were some incredible performances by the top teams in the Girls Relay with Sweden holding off a very fast last leg from Switzerland to win gold. The British teams finished 17th and 23rd respectively.

The full details of the other races at the Junior World Orienteering Championships 2017 are available at the links below:

Sasha Chepelin On The Podium At JWOC!