To encourage the production of high quality maps the Map Group, on behalf of British Orienteering, awards a number of trophies to encourage high standards of mapping and related activities.

All mapping awards are now open for nominations.  The closing date for all nominations is by Friday 6 March 2020.

The Mapping Award Categories are as follows:

The Chichester Trophy was donated by the Honorary President of the British Orienteering Federation in 1971, Sir Francis Chichester. The Trophy consists of the binnacle compass used on Sir Francis' 'round the world' yacht, Gipsy Moth V, mounted on a wooden plinth. The Trophy was first awarded in 1971 to Robin Harvey and Sue Bone for their map of Leith Hill. It was originally awarded for the Best Map produced in a single year, though later it was awarded for multiple maps or contribution to mapping. In 1985, with the introduction of the 'Bonington Trophy', the 'Chichester Trophy' reverted to the original concept of the best map produced by an amateur mapper.

With the high standard of professionally surveyed and drawn orienteering maps being produced in Britain, the British Orienteering Map Group decided, in 1992, that a new trophy should be awarded in recognition of these mapping companies. The Map Group annually awards the 'Silva Trophy' to the best professionally produced map. This trophy, sponsored by Silva U.K.Ltd. is made from Stourbridge crystal. This irregular shape, called cullet in the trade, is formed when the unused crystal cools. The base was made by Mike Baggott of Harlequins from English elm and the solid silver plate was purchased from a bullion supplier in Birmingham’s Jewellery Quarter and engraved nearby.

This trophy was made by Mike Baggott of HOC and is sponsored by Walsh Shoes. The trophy is made of old walnut with a triangular cross-section and an etched plate with an image of Canary Wharf, London. It is awarded annually to the best urban or sprint map drawn to ISSOM specification.

This trophy was donated to British Orienteering by its Honorary President, Sir Chris Bonington, the world famous mountaineer. The trophy consists of a piece of rock collected from the summit of Mount Everest on Chris' 1985 expedition, mounted on a wooden plinth. It is awarded annually for the 'best contribution to mapping' which can cover a whole range of activities related to mapping.

For more information on all the mapping awards, please email:  info@britishorienteering.org.uk

Which map do you think is of the highest quality?

Who do you think deserves to be crowned as the best mapper?

Who do you think has produced the best map this year?

Which mapping skills do you think deserves national recognition?

Make sure you have your say!
Download the relevant mapping nomination form from the links above and get your nominations sent in without any delay!

All awards will be presented at the 2020 Annual General Meeting (AGM).

For details of the Club, Coach and Volunteer Awards click here. 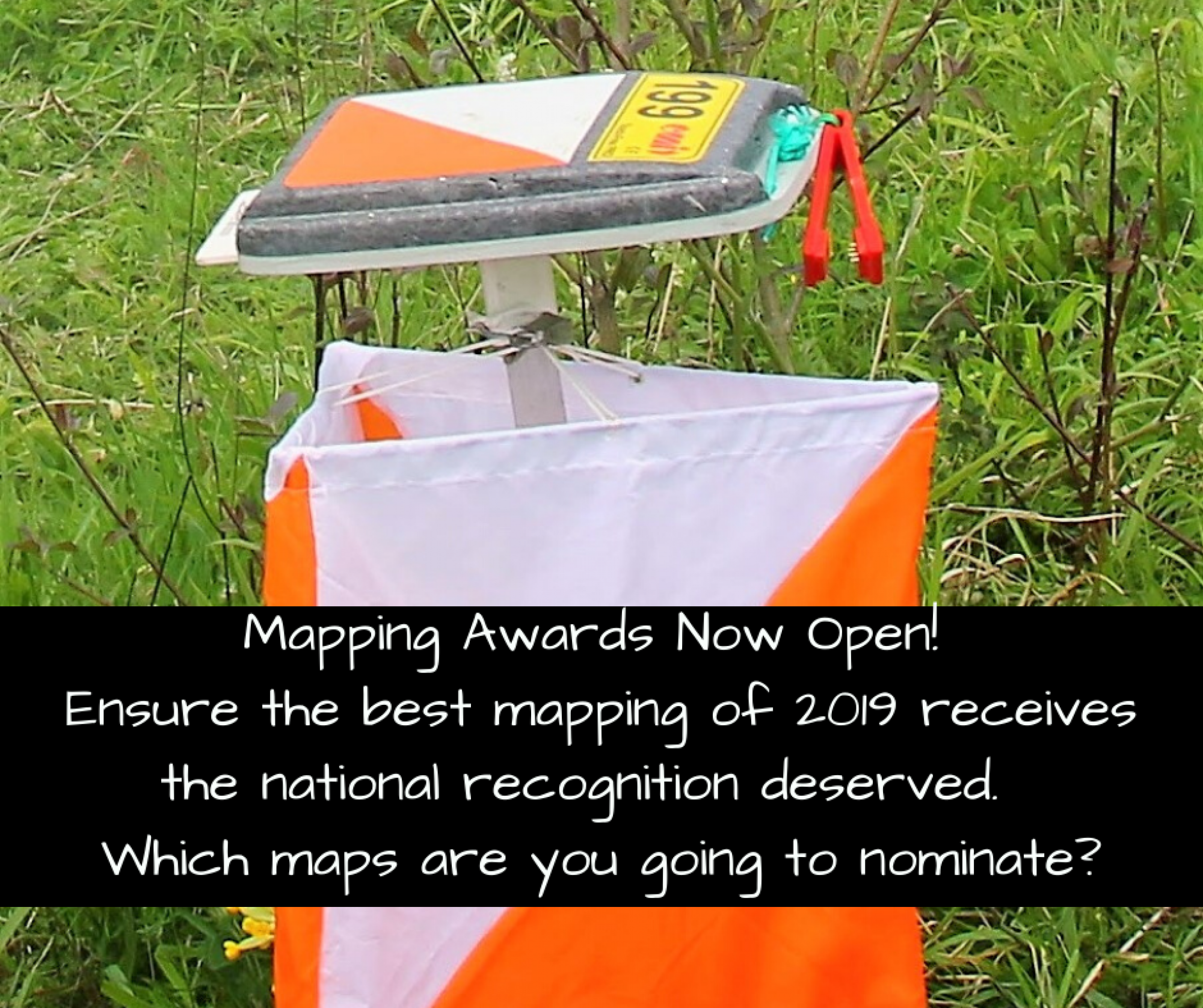