Following the 2018 Talent Pathway Review then this year British Orienteering and Junior Regional Orienteering Squads (JROS) agreed to hold Badaguish as a 15s camp and Deeside as a 16s camp.

Due to COVID then the normal Badaguish (Aviemore) week was rearranged as a long weekend split between Stirling & Crieff.  The format was for a practical session during the day followed by an evening Teams review.

The 18 juniors met up on the Friday evening in Stirling for a physical training session.  Later that evening technical coach Mark Nixon led an overview of the Systematic Orienteering Process – Plan, Direction, Distance, Picture.

Saturday saw a visit to Auchingarrich near Crieff, scene of the recent Scottish Junior race.  The morning emphasis was on Direction with the juniors practicing their bearings on small loops.  In the afternoon the focus moved to Picture with the juniors attempting 2 “corridor” courses.

During the Teams meeting on Saturday evening, Mark Nixon described the corridor exercises as being “some of the hardest he had set for a Badaguish camp”.

Sunday morning saw a visit to Dundurn with the emphasis on Planning.  It soon became apparent that in addition to considering avoiding the 10m crags within a leg, there was also the matter of the “man eating” marshes.  Several juniors needed help to be extracted!

Sunday afternoon moved to Macrosty Park in Crieff.  The emphasis continued to be on Plan but in a park setting.

The final session on Monday morning was based at Polmaise near Stirling.  The exercise was 1st Leg Relay simulation with the aim of combining all of the skills under pressure.  The “fun” was increased by using an old map which was perhaps 60% accurate.

Thanks go to Paul Murgatroyd, Mark Nixon and the other volunteer coaches for planning and running the camp. 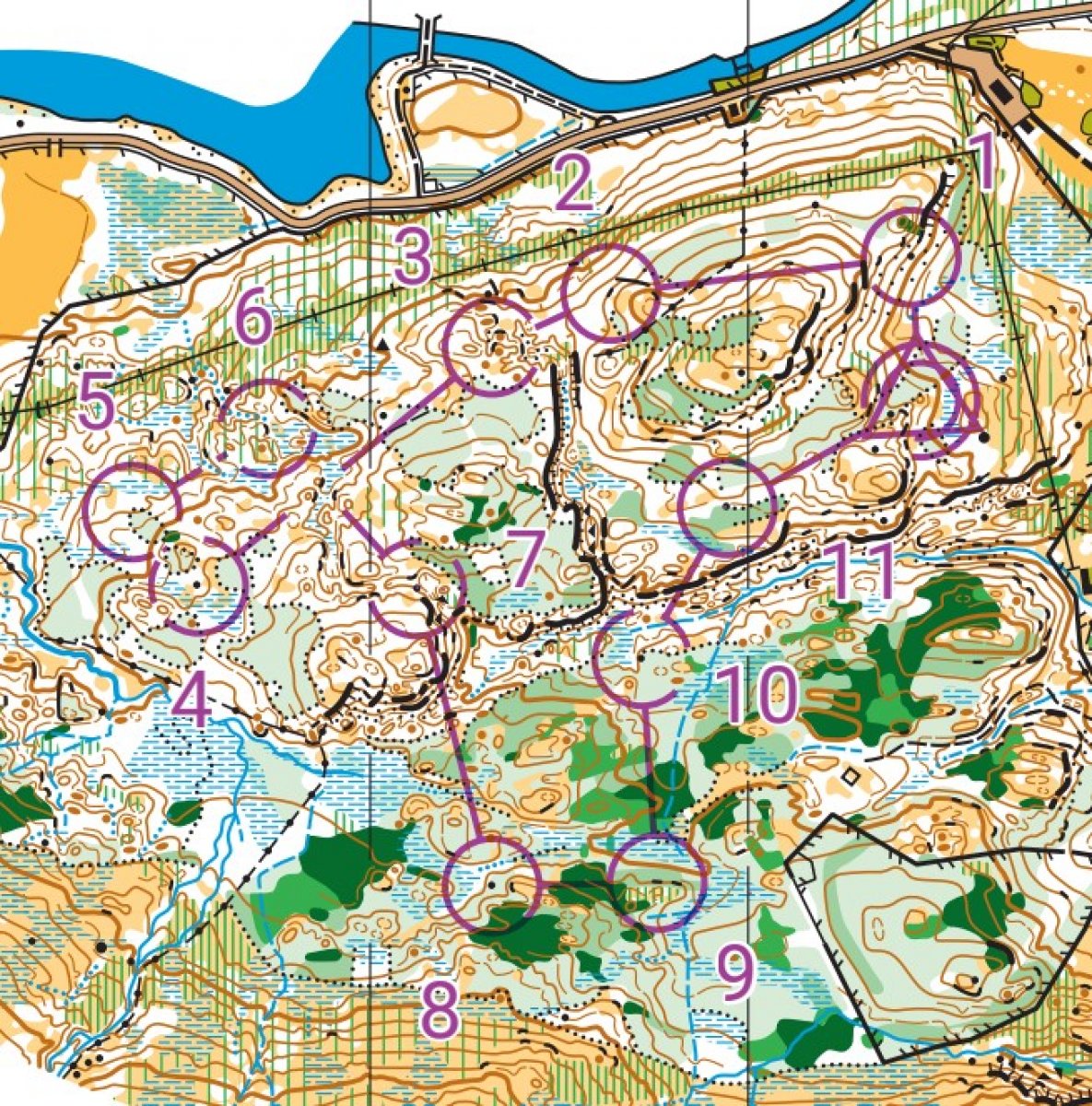