Return to Orienteering in England

British Orienteering has announced that orienteering will return to England on 1st August 2020 (subject to any further restrictions that may be imposed by the government).

British Orienteering will release Return to Orienteering Guidelines [England] by the 13th July 2020 to support clubs and the orienteering community across England in bringing a safe return to grassroots orienteering.

The Board and staff at British Orienteering has worked on these guidelines, which are in line with the latest Government guidelines on COVID-19 restrictions, including the specific guidelines on gatherings, public spaces, and outdoor activities and the phased return of outdoor sport and recreation published on the Gov.uk website.

British Orienteering has looked at other sports, specifically golf in terms of shaping the guidelines.

In creating these guidelines, British Orienteering aims to provide clubs, members and the community with clarity on how the sport can resume and how best to create a safe environment and comply with the current restrictions imposed by the government.

British Orienteering is reviewing their guidance regularly in response to the latest government advice to understand what is possible and permissible as conditions are being relaxed. Our priority remains to protect the health of our members, volunteers and staff and help to suppress the spread of the COVID-19 virus.

New guidance has been announced by governments in England, Scotland, Wales, Northern Ireland and Isle of Man easing restrictions on the number of people you can meet outside which impacts on how and where individuals can exercise.

We are awaiting more details of how exactly the guidance will apply to orienteers across all nations and will update this statement once official guidance has been published.

In the meantime, we are working to ensure we can provide orienteers with clear information on what is possible and permissible in the current phase of lockdown measures being eased.

Green Light Given to Return of Orienteering in England

British Orienteering are delighted to announce today that orienteering will return to England on Saturday 1 August 2020.

Please note: This is subject to any further restrictions or additional announcements that may be imposed by the UK Government ahead or after the date of 1 August 2020.

British Orienteering has today released a document which highlights the ‘Return to Orienteering Guidelines for England to support clubs and all members across England in bringing a safe return to grassroots orienteering.

The ‘Return to Orienteering Guidelines’ have been documented by the Board and staff at British Orienteering and are in line with the latest UK Government Guidelines on COVID-19 restrictions in England. The Guidance document works on the same basis on the phased return of outdoor sport and recreation in England, for providers of grassroots sport and gym/leisure facilities, and where relevant the return to recreational team sport framework.

Peter Hart Chief Executive Officer at British Orienteering, says:  “There has been a lot of work put in by the Board and all staff in creating this set of guidelines to support clubs and members return to orienteering. These guidelines aim to provide clubs and members in England with clarity on how the sport can resume on the 1 August in a few weeks-time. This set of guidelines highlights how best orienteering clubs can create a safe environment for their members to enjoy the sport whilst still ensuring complying with the current restrictions imposed by the government in England.”

The ‘Return to Orienteering Guidelines for England can be found here.

The middle distance final today saw another fiercely fought race in another physically and technically demanding area in the Finnish forest of Viitapohja. Five British runners ran the A race, with Fiona Bunn, unfortunately, choosing to not compete, due to illness.

The highlight of the day came from Sasha Chepelin, who limited time losses in the tricky first section and made next to no errors in the second half while running at high speed, completing the section after the spectator run-through quicker than the eventual clear winner, Olli Ojanaho. Sasha was rewarded with an impressive 7th place but was excruciatingly just 2 seconds behind 5th and 1 second off a podium.

Meanwhile, Alex Carcas used his flat speed to great effect by taking a good path route choice on the long leg and finished in 30th place in his first JWOC. Harrison McCartney was let down in the first half of the race by some mistakes in tricky areas, but will, alongside Fiona, be looking to put in a good performance in the Long on Friday.

There were 2 top 25's out of 2 in the Women’s A final, with Jenny Ricketts navigating accurately and running hard through the terrain to take 24th position in a strong field. Grace Molloy backed up her 4th place in her qualifying heat, delivering an outstanding performance, despite a few errors, to finish in 19th place. This secures her first top 20 in her first JWOC final, even though, as a bottom year W18, she is the youngest member of the team and still has 3 more JWOCs left.

Tomorrow is the sprint race, which should be fast and furious in the hilly area of Pispala. Follow the team live from 08:00 BST using the JWOC 2017 website. 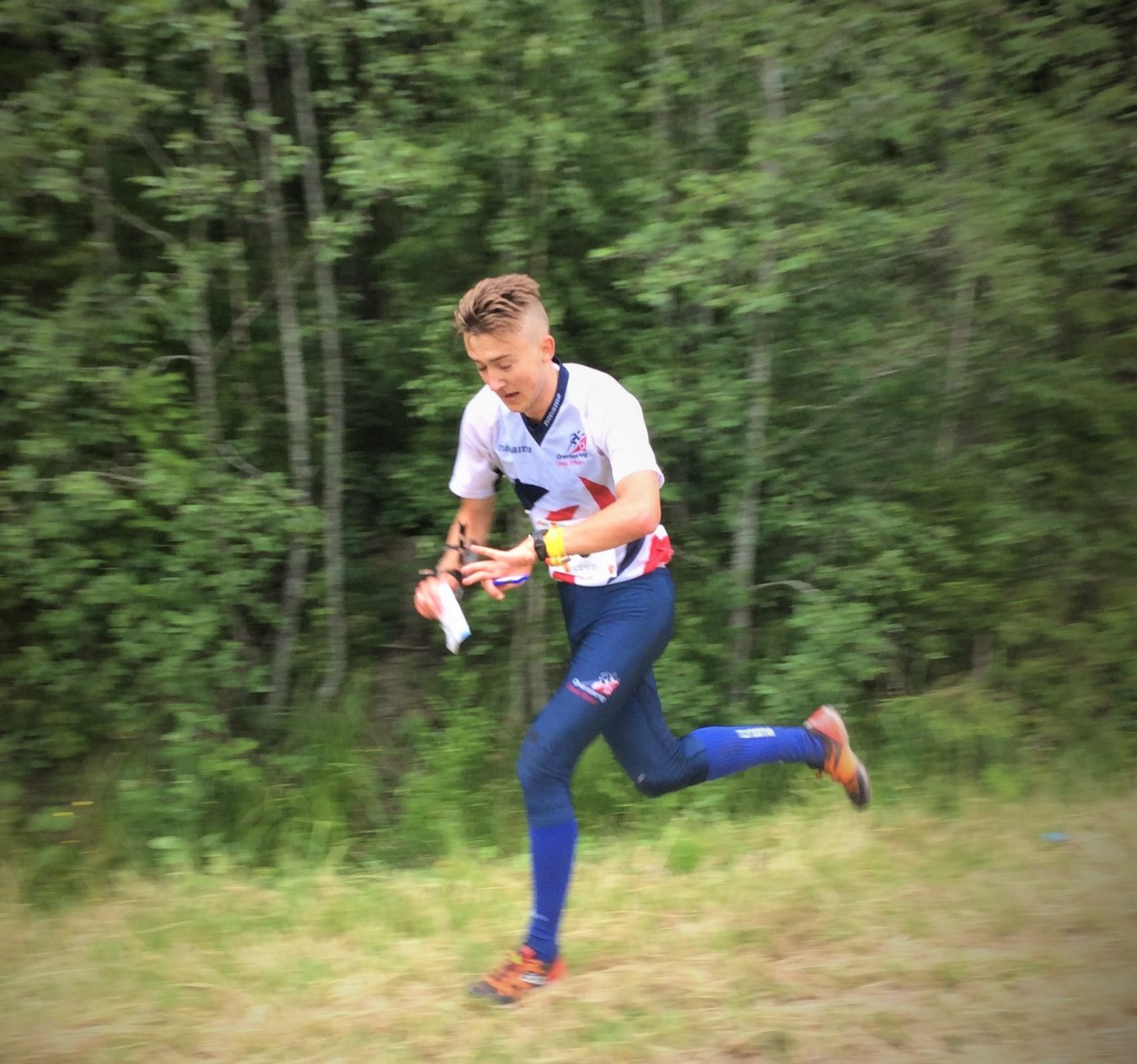