British Orienteering is reviewing their guidance regularly in response to the latest government advice to understand what is possible and permissible as conditions are being relaxed. Our priority remains to protect the health of our members, volunteers and staff and help to suppress the spread of the COVID-19 virus.

New guidance has been announced by governments in England, Scotland, Wales, Northern Ireland and Isle of Man easing restrictions on the number of people you can meet outside which impacts on how and where individuals can exercise.

We are awaiting more details of how exactly the guidance will apply to orienteers across all nations and will update this statement once official guidance has been published.

In the meantime, we are working to ensure we can provide orienteers with clear information on what is possible and permissible in the current phase of lockdown measures being eased.

British Orienteering has published a series of interviews with some of our GB athletes and it has been great to hear of all about their really positive on-going training activity and advice.

Yesterday we heard from Euan Tryner in the British Orienteering GB Talent Squad Tier 1 and member of South Yorkshire Orienteers.

To round off this set of interviews with our GB athletes the final interview today is with Ben Squire who is in the British Orienteering GB Talent Squad Tier 1 and a member of Nottinghamshire Orienteering Club.

How have the current restrictions impacted on your training?
“I'm still managing to get out most days of the week and as there are no competitions coming up I have mixed things up a bit with my training. I've been cycling more and have used the rollers that we 'panic bought' before lockdown happened.” 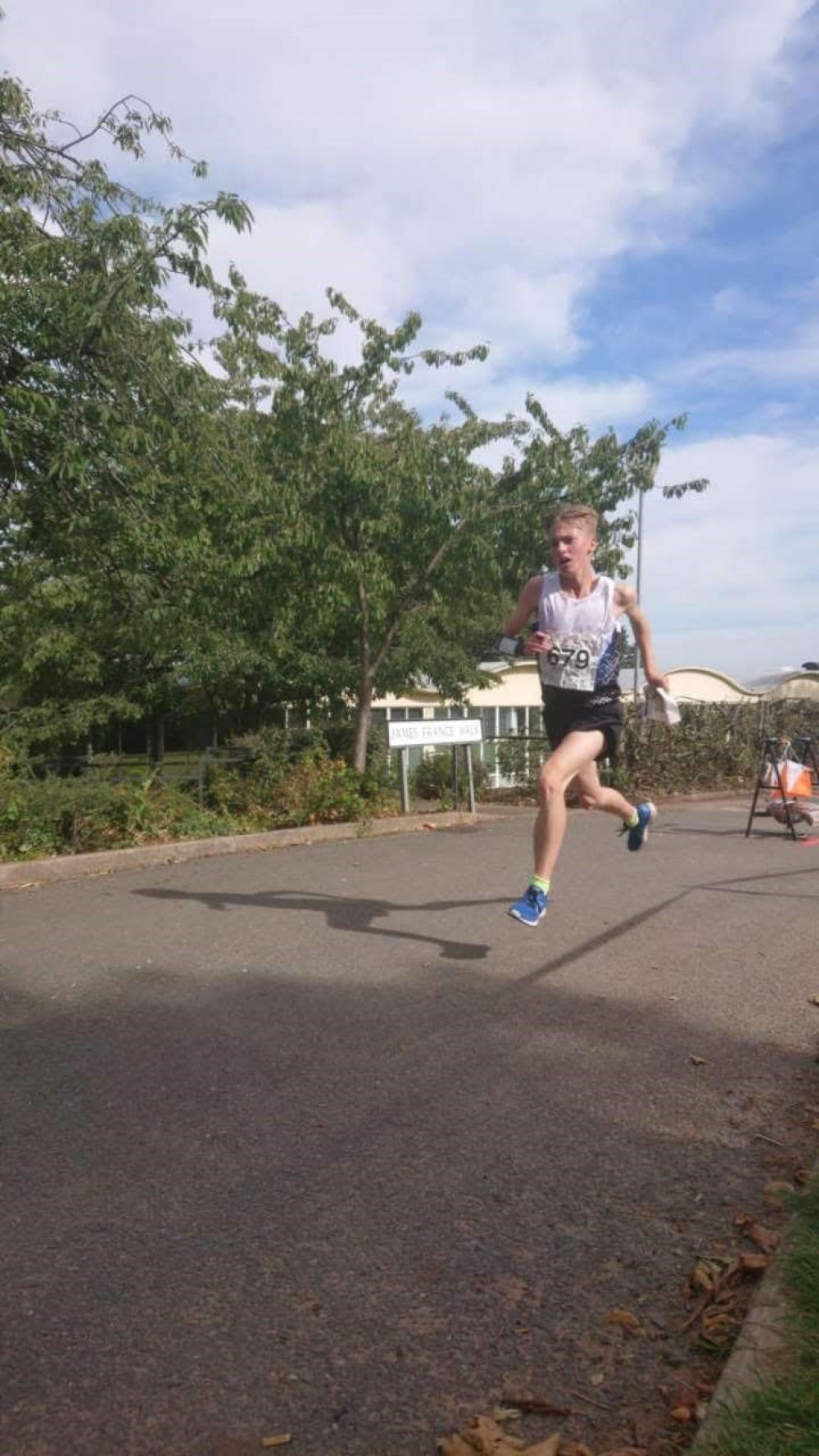 Before Lockdown did you attend any of the talent training camps? If so, what were the key things that you enjoyed?
“Being a part of the talent squad, I went to 4 camps over the winter and early spring in the Lake District and Scotland. These allowed me to practise my techniques in areas better than the East Midlands! They also gave me the chance to talk to coaches 1-1 about my training which I found useful. Also a great time to catch up with people who I wouldn't see outside of major competitions.”

What advice have you got for other athletes or members in a similar position with their on-going training?
“Try out new types of training, keep things fresh and use this time with no competitions to train consistently with the hope that the season restarts in the Autumn.”

What is your number one Lockdown training session?
“Long runs exploring different places with less people around and enjoying the nice weather we've been having.”

Have you still been able to access support from your coach or orienteering athlete friends, and if so how?
“I've still kept in touch with friends through social media who I'd been looking forward to seeing at the JK and British Champs. My Dad is my coach so there's no getting away from training!”

What box sets have you been able to catch up on during Lockdown?
“Money Heist and Brooklyn 99 which are both very good.”

Have you got any Lockdown projects on the go at the moment?
“My running club has a Covid-19 virtual relay where everyone is allocated a team (odds/even) depending on your birthday. You then run for 19 minutes with a baton of your choice (an orienteering flag as my choice) and post your distance on the club page adding a bit of competition at this time. I'm looking forward to the Lockdown Orienteering event also too.”

Thank you Ben. We wish you all the very best with your on-going training.

Thank you to all the GB athletes for helping and providing a useful insight into their training during lockdown.  On behalf of British Orienteering members we wish you all the very best and look forward to seeing you competing for GB in the future when it is safe to do so once again.

As a sport, we must work together to resume orienteering responsibly as and when the relevant government determines it is safe to do so.

The latest statement from British Orienteering can be found here.
Resumption of Orienteering

Back to Orienteering Q and A Webinar

As we continue our preparations for the next stage of government restrictions being eased, British Orienteering is pleased to announce a Question and Answer webinar on the next steps of the Back to Orienteering plan.

Over the last couple of months, we’ve been really pleased with the positive responses from members and clubs to the Back to Orienteering Action Plan. As we move towards the next phase and look ahead to how local events may look, we are hosting this webinar to hear your questions directly and discuss what the practicalities of orienteering could be over the next few months.

The session will feature Peter Hart and the development team at British Orienteering, next Tuesday 9th June at 7:30pm.

We encourage questions to be sent in in advance in order to group certain questions and themes together. Questions can also be asked live during the webinar using the usual function.

Register HERE for the webinar.

Send in questions in advance to Peter Brooke on pbrooke@britishorienteering.org.uk 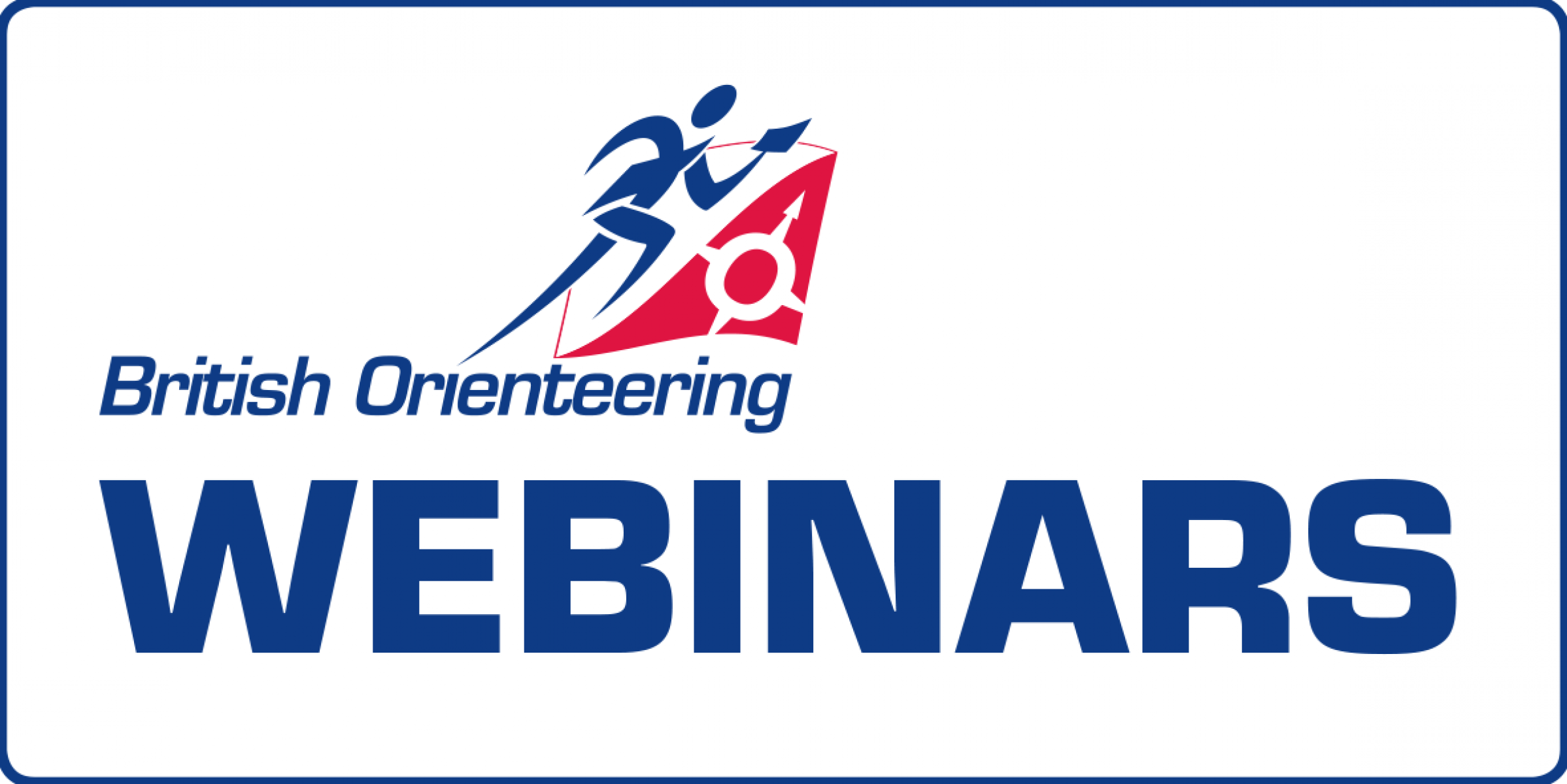 Back to Orienteering Q&A Webinar on Tuesday 9 June, 7.30pm

This weekend saw the start of the international competitive season with IOF World Cup 1 taking place in Finland. The city of Helsinki and organizing club Helsingin Suunnistajat together with Finnish Orienteering Federation hosted the competition which concluded today with the Mixed Sprint Relay.

Whilst the stifling heat caused significant problems for all athletes and teams, the terrain and planning offered some interesting technical challenges in the forest on days 1 and 2. The middle and chasing start format saw the leaders, both Swedes out on their own, but for many of the runners there was a good chance of running in a group.

Tove Alexandersson (SWE) and Gustav Bergman (SWE) won both Saturday’s Middle distance and Sunday’s Long distance. There were some strong performances from British Athletes with top 30 positions for both Ralph Street, 24th, and Megan Carter-Davies, 29th, in the Middle distance.

Ralph said “It is always exciting to finally get the racing season underway. I was pleased to deliver a stable technical performance, but I was disappointed to have not dealt with the high temperatures in a satisfactory way”

Megan said “I’ve been training around Helsinki several times with my club here and the forests are gorgeous, so I was really excited for this World Cup round. I made a few too many mistakes to be happy with my races but it’s good to see where this landed me in the results and how I can improve over summer. I’m really looking forward to the next international races now! Many thanks to Ed, Mark and Alice for supporting us out here.” 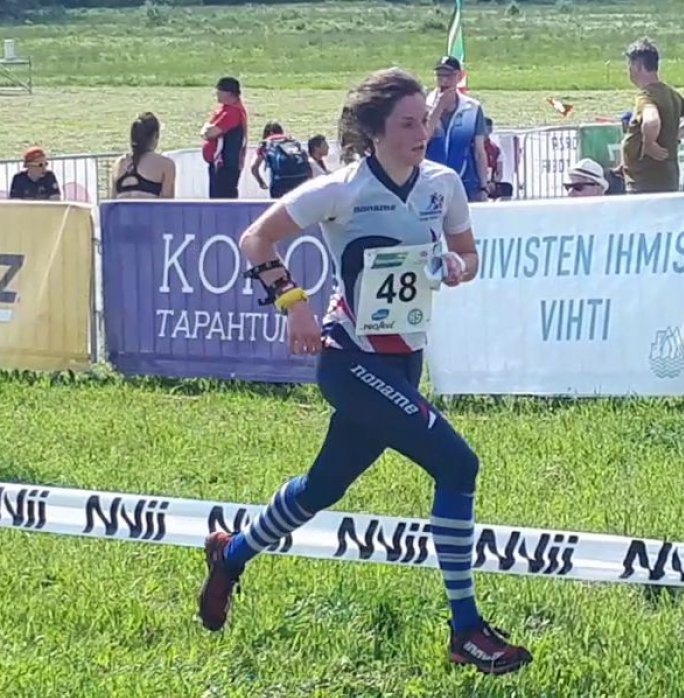 Megan on the run in photo courtesy of Paul Street

The Long proved challenging for all, after a restless night due to the heat, with Cat Taylor finishing top of the British women in 33rd and Will Gardner for the men in 43rd.

Will said “My main focus for the weekend was to cope mentally with the process of the World Cup, having come unstuck under the pressure I have put on myself in the past. I was a little frustrated in the end with the middle, as a few scrappy controls cost me a top-40. The chase was a lot better though, and to pull through nearly 20 places and show that I have the strength and fitness to compete at this level was a great sign. It was a great weekend; lovely terrain and the team atmosphere is fantastic at the moment.”

Full results from the weekend can be found below:

Monday was a rest day with most of the team returning home with just one Mixed Sprint Relay team entered for the final race Tuesday.

The team, of Jo Shepherd, Sasha Chepelin, Will Gardner and Megan Carter-Davies, was a new line up for the British Team but they performed well. Jo led the team out in 24th, Sasha then gained a few spots with some quick splits up to 20th, Will then continued his strong weekend gaining another place to 19th and setting Megan off on the final leg with something to chase. Megan had some fantastic split times with three fastest and a second fastest to bring the team home in 13th.

Peter Bray ran the second leg as part of an international team that finished 20th overall. The Swedish team took the win to complete the full house of race wins for the weekend.

Full results from the Mixed Sprint Relay are here.

The team was supported by Ed Nicholas, Senior Squad Manager, Mark Saunders and Alice Bedwell. Our sincere thanks to them for volunteering their time to support the senior team.

The next key date for the senior international calendar is the WOC test races on 7th and 8th July ahead of final selection for WOC. However, many of the team will be heading back to Finland this weekend to represent their Scandinavian clubs in the Jukola relays.