Great Britain’s Megan Carter-Davies, silver world medal champion says after the race:
“Well, that was a pretty amazing day! I thought the Final was within reach again but really, I was focussed on navigating well and enjoying the atmosphere too. The Final went about as well as I could have hoped at the moment - I couldn’t match Tove’s speed and she got a gap about midway through, but I kept in control and managed to stay ahead of everyone else for the rest of the race! I’m absolutely chuffed to have earned my first individual medal and also proud that the whole team did incredibly well today!”

It was the second day of competition and after picking up Silver in the Mixed Sprint Relay, the British Team were full of confidence ahead of the Knock-Out Sprint.

The qualification rounds started early at 8:30 am GMT in the beautiful and historic centre of Fredericia, making a fantastic setting for the highly intensive day of racing and all six athletes qualified safely into the afternoons quarter final rounds, GB one of four nations to qualify all six athletes.

There were some desperately close finishes in some of the quarters and semi-finals, held in challengingly detailed terrain around the centre of Fredericia.

First up in the quarter-finals were GB Kris Jones and GB Jonathan Crickmore, where a fantastic race saw them qualify for the semi-finals finishing 1st and 2nd respectively.  This was followed by a dramatic quarter-final involving Ralph Street who finished 1st with a very tight sprint finish.

With little time to recover the semi-finals boasted no fewer than five British athletes, with only two from each semi-final qualifying into the final round. Unfortunately, Charlotte Ward and Ralph Street were just edged out of their semi, but Kris Jones and Megan Carter-Davies comfortably qualified for the final.

Again, a quick turnaround into the final requires the athletes to not only be quick, strong and tactical but have a high endurance to be able to go out again, with no room for error.

Then the Finals were very different; the men’s was to a fair extent measured, with in particular Tim Robertson NZL attempting to break away on different route choices to the rest, but it was August Mollen, Sweden who ended closest to Kyburz, who timed his run to the finish perfectly and knew exactly where he was going. The bronze medallist was Jonatan Gustafsson, also Sweden after the all-out sprint for the line.

Kris Jones finished 6th in the Men’s final in a race which was won by Matthias Kyburz (SUI).

The women’s race quickly developed into a chase after Tove Alexandersson (SWE), who put hardly a foot wrong on the course in the final. Megan Carter-Davies (GBR) was the strongest behind her in both navigation and speed and took silver. Eef van Dongen, The Netherlands was strong and clever too and took the first-ever medal in orienteering for her country. Afterwards, Alexandersson said in the post-race interview that she had felt fully focused all the time, and her best race was the Final.

Many congratulations to Megan on her silver medal win and to all the GB team who gave incredible and exciting performances throughout the day. What a day for us all to remember?!  Fantastic!  Well done all.”

Full results, maps, and more from the Knock-Out Sprint competitions are here.

Today (Wednesday 29 June) sees another rest day, and the final event of the Championships, the Individual Sprint Qualification, and Final being held on Thursday (30 June).

Great Britain has another six athletes going head-to-head with the best Sprint Orienteers in the World.

Link to details about the Individual Sprint here. 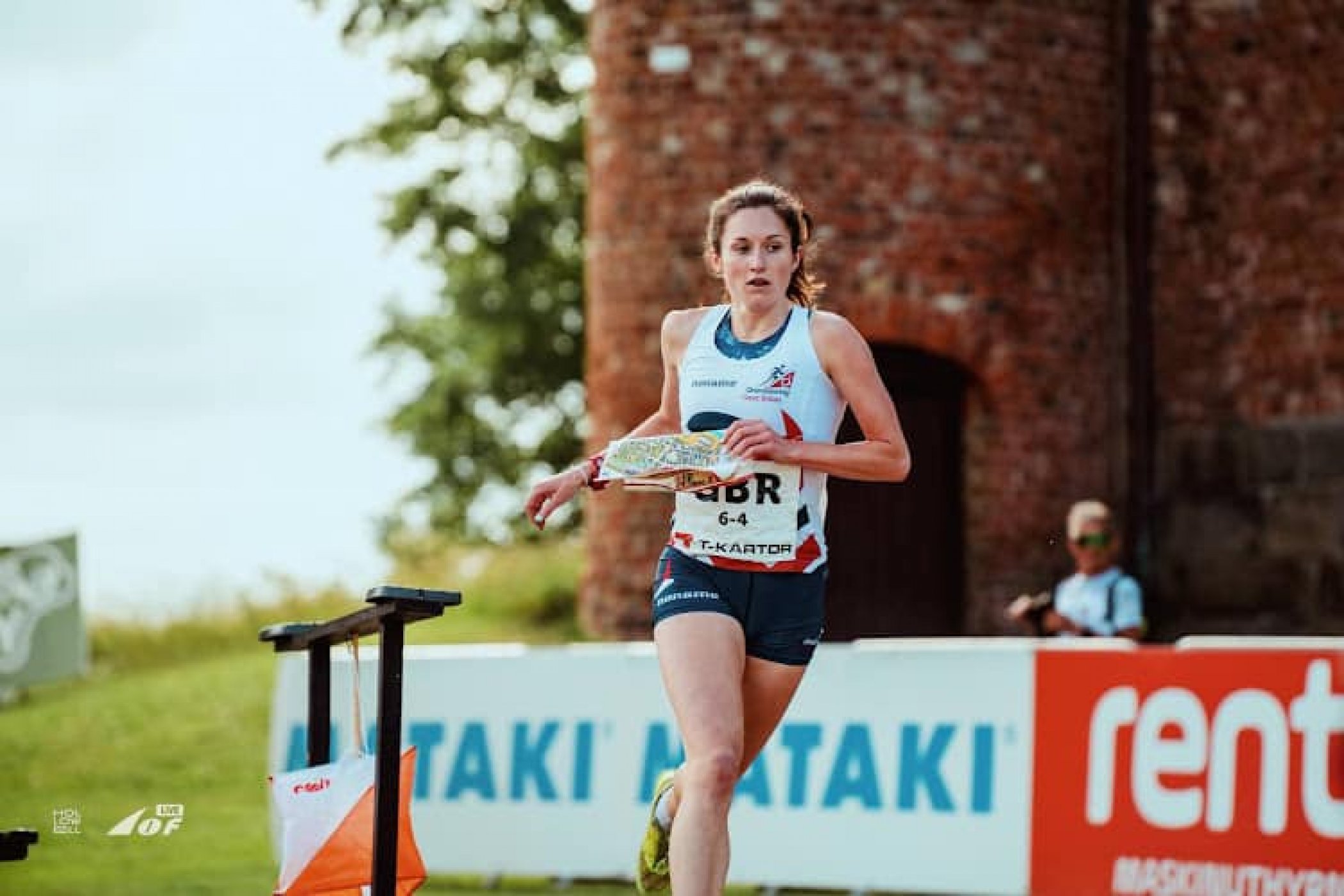 Follow the athletes as they look to qualify for the Knock-Out Sprint Finals later today and repeat their success from Sunday.

Heats can be followed here. 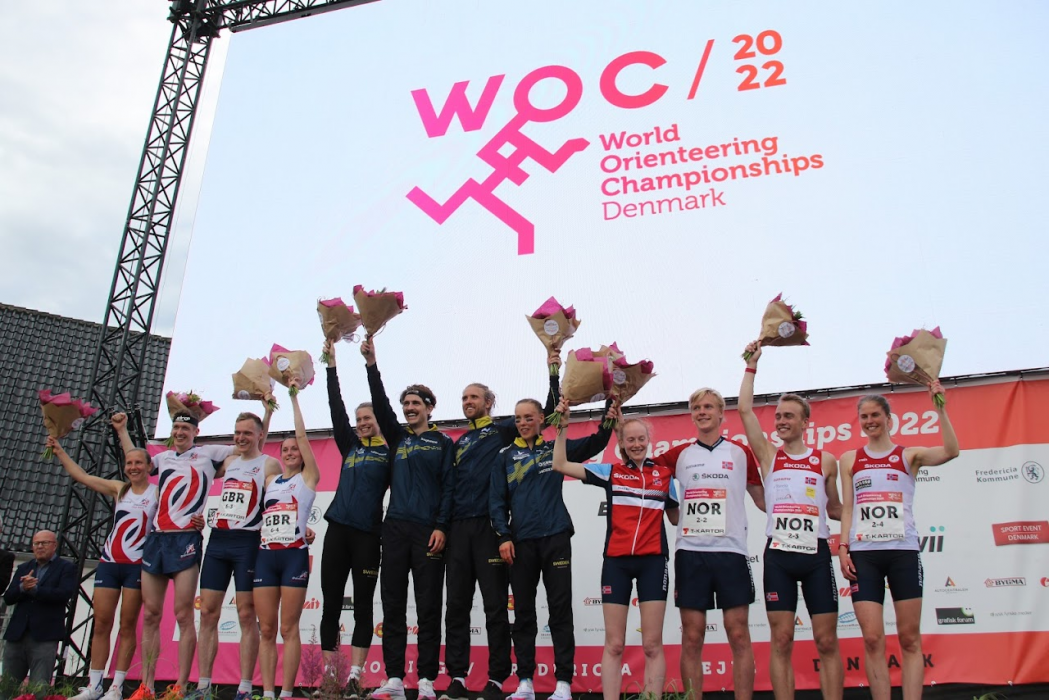 Are British Orienteering Rules too complex? – your opportunity to make a difference

First and foremost, Chris Phillips (LEI) has decided to step down after giving 10 years of service to E&CC, latterly as Chair.

On behalf of British Orienteering, I would like to thank Chris for years of commitment and dedication to the sport, especially given the role of Chair of the Events and Competitions Committee, which is arguably one of the most difficult voluntary roles within British Orienteering.

Secondly, as an interim measure, we are grateful that Terry Smith (SOC) has agreed to manage any rule waivers or advise on any issues arising from competitions.

Following correspondence from members, Terry has agreed to recruit a “Rules Group” to:

Review the Competition Rule Structure and Rules of Orienteering, including how to handle “best-practice” and “guidance” and the best way of communicating any rule changes to officials and competitors.

We are looking to recruit some new members to the group that is representative of our current membership. If you are interested in being part of this group or would like further details, please could you email Peter.hart@britishorienteering.org.uk by Sun 5th June 2022. 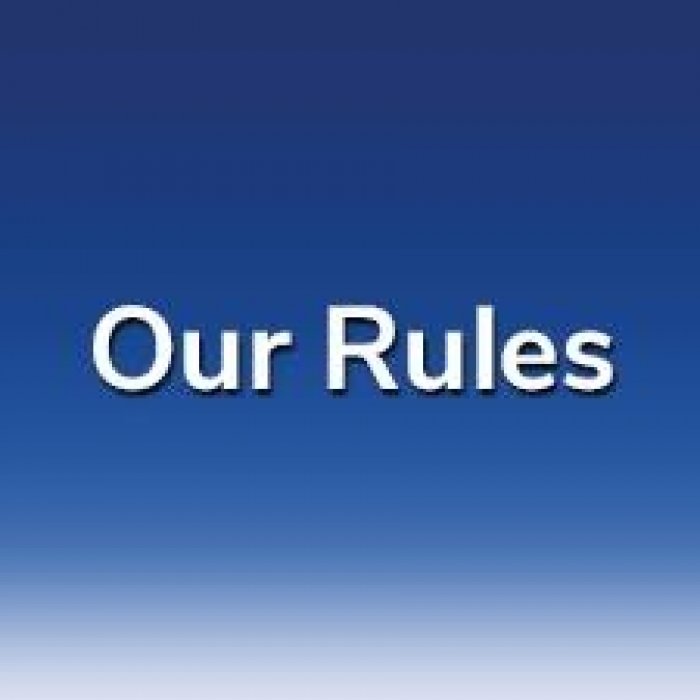