British Orienteering is delighted to announce that Grace Molloy has won another Bronze medal today in the Long distance race at the Junior World Orienteering Championships in Denmark today!

Many, many congratulations Grace on your outstanding performances!

Grace said, "It was the best long race of my life, I made clear route choices and executed them with very few mistakes. I gave everything and struggled up the final hill but couldn't be happier with the result"

Update: Due to problems with the timing of the second-placed runner a protest has been lodged with the organisers. As such final results will not be confirmed until the protest has been resolved. There is no expectation that this protest should change the final result for Grace but the medal ceremony will now be held on the day of the Middle race.

Eddie Narbett had another good race, finishing 16th and bringing the total number of top 20 results this year to 4. Eddie said, "It was great to get into the top 20 and be one of only 3 lads to break the Swiss, Scandi hegemony. I'm really enjoying my final JWOC!"

The forest as expected produced a testing combination of heavily contoured landforms with multiple changes in vegetation with fast smooth beach forest and thick green coniferous plantation. The organisers are to be heralded yet again for a spectacular quarantine for both athletes and coaches and a stunning arena with the run through and finishing leg coming straight in front of the big screen and the baying crowds.

There were strong performances from the rest of the team, though some are more happy with their final position than others. All the team, with the exception of Laura, finished in the top half of their class making one of the best combinations of results in a long race at the Junior World Orienteering Championships. Laura King retired injured after rolling her ankle but is resting up in hopes of being ready for the Middle qualifier after a rest day tomorrow. 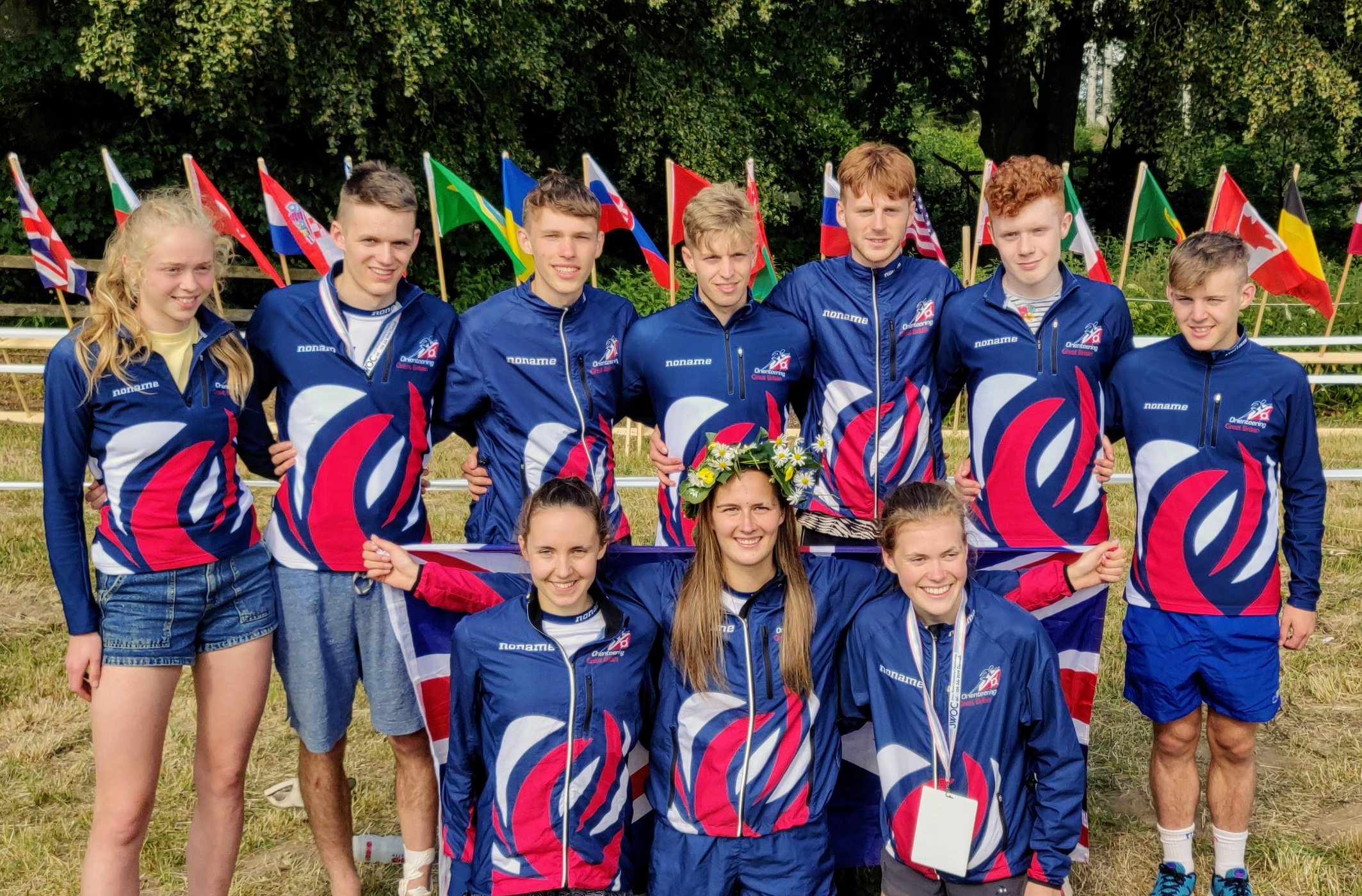