This is an International Orienteering Federation World Ranking Event as well as forms part of the UK Orienteering League.

The Loughborough University campus is over 400 acres and is predominately a complex mix of residential, academic and sports buildings but does also include some woodland areas. The central campus is on the side of a ridge providing some contour detail and there are expanses of grass in various parts of the campus. The area will create fast and challenging racing that will produce worthy British Champions.

Organiser Robert Haskins from Leicestershire Orienteering Club, says: “With an entry of nearly 800 and a good weather forecast, we are looking forward to hosting the British Sprint Championships.  We held the event here in 2013 and this time it is also a World Ranking Event so there should be some really competitive running on an area that is really well suited for the Sprints.” 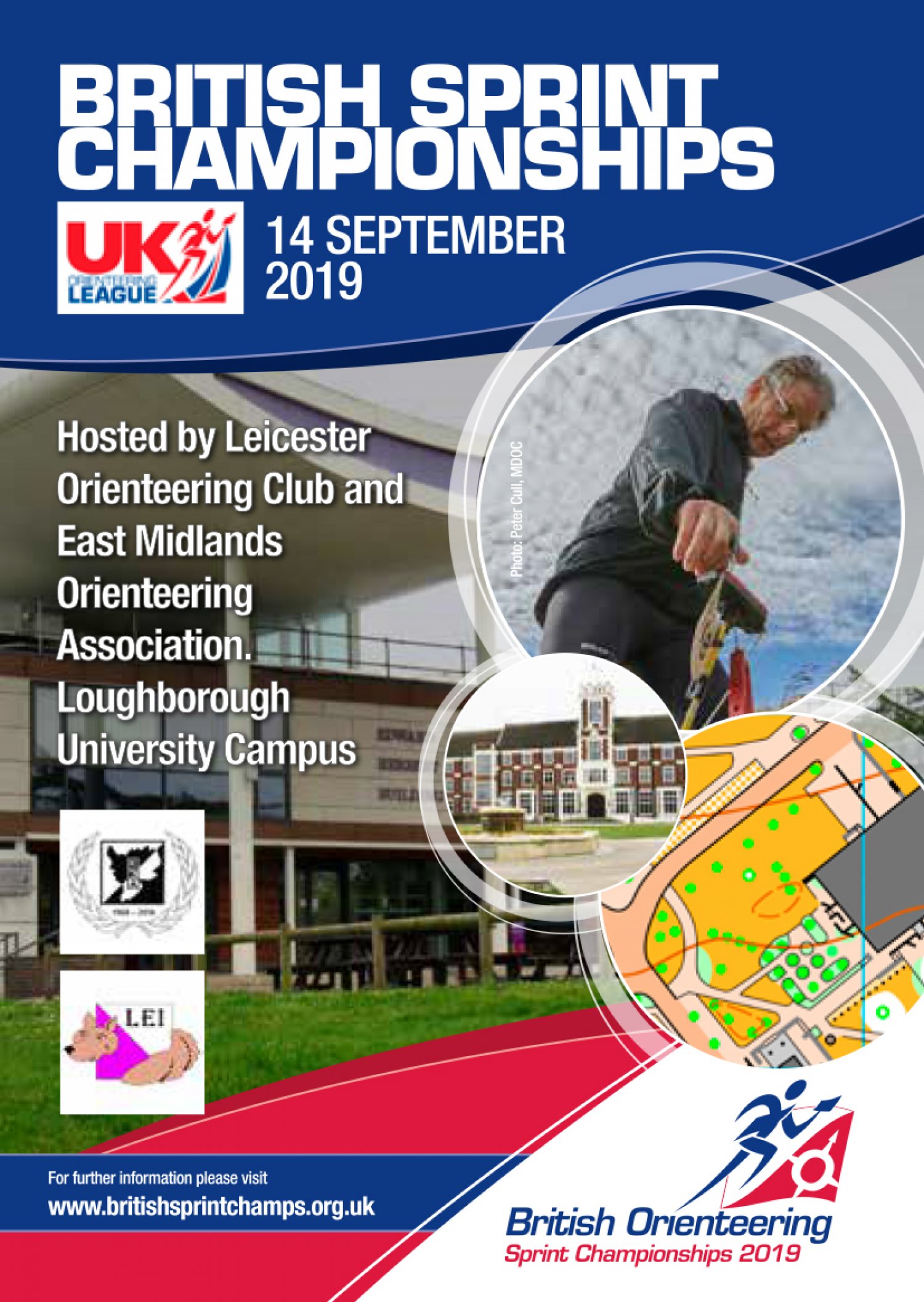 We wish all members getting set to travel from the "north, east, south or west" to compete in the 2019 British Orienteering Sprint Championships a great competitive and very enjoyable day of orienteering.