HOW DID I GET STARTED?

It all began when my daughter Lesley did some orienteering at college. She took me to my first event which was an informal event run by INVOC juniors in Culbokie Wood – a nice little area a few miles from Inverness. One of the INVOC people showed me an orienteering kite so I would know what to look for and off I went. It was all a bit strange to find that the white bits on the map were full of trees while the brown bits had none and there was a worrying moment when I tried to cross a large uncrossable marsh (not for the last time thinking I was somewhere else…) but I turned back when the water came over my knees and so didn’t have to swim. Anyway, I did find all the controls and I was hooked.

That was maybe in 1984 but in those days I didn’t think of marking up the map and writing the date on so I’m not exactly sure. Anyway, I joined INVOC which is based in Inverness only sixty-five miles away and was our nearest club. 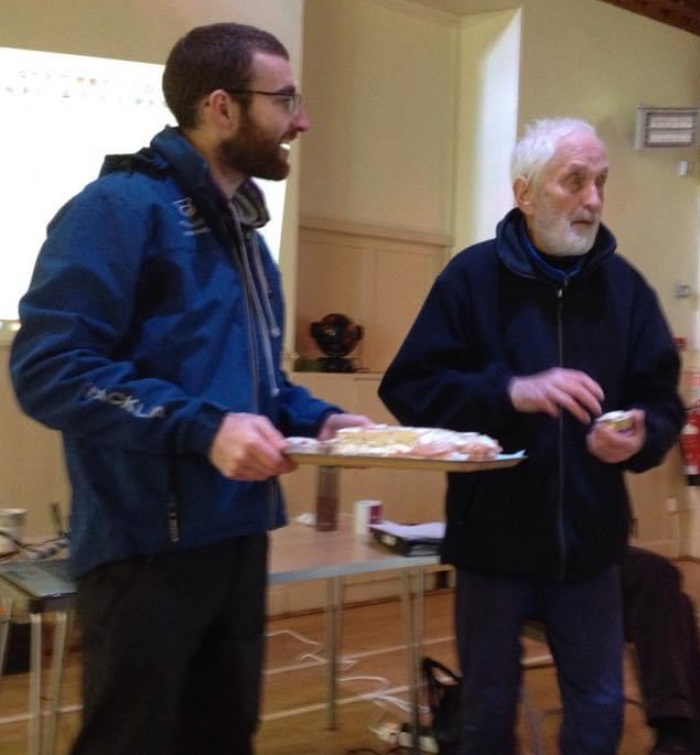 We started up LOCHOC in 1993 only because we thought that might make it easier to attract funding for orienteering in the Fort William area than if it was being done directly by INVOC. BASOC hadn’t yet been started at that time, so didn’t come into consideration. We had a few keen members but little or no experience. With tremendous help from Donald Petrie, the Professional Officer we put on a successful Colour Coded event - at which I was the only Club member who had ever even been to one before!

In spite of having the Six Days at Fort William in 2001 we couldn’t quite make it work and finally had to admit defeat in 2005.

Of course, we had master maps and control cards and all that. The move to electronics has certainly made things a lot easier in lots of ways but we lost a bit too. Marking up your map as fast as possible in your running time was a skill on its own and if you sort of forgot which controls you had already punched you just had to have a look at your control card to check. A more serious loss was the ‘clothes line’ where the control card stubs with finishing times were hung up as runners came in. This was always a place for people to congregate and compare notes about their runs and generally socialise whereas nowadays they all tend to disappear into their cars and there’s not the same chance for a blether.

Some other changes are more striking. We went to the British Champs at Achilty in1986 before Portaloos became common: The toilet provision consisted of a very large hole in the ground surrounded by an imperfect screen of hessian sacking. It was not pleasant.

LOCHOC was already struggling when I became a coach so I never really got to do very much.  Organising was just a chore but planning was more fun and I did a fair bit of that in LOCHOC; maybe planning the string courses was the most enjoyable. You can put the string where you might hesitate to put a yellow course and make it seem a real adventure for the young runners. It’s most important to get the junior courses right; give the experts a stupid course and they’ll only call you names but do it to the young ones and maybe they will never come back.

The Scottish Six Days is tough going because it usually attracts a lot of foreign competition as well as a lot of runners from south of the Border so I think I was most pleased about winning M85 in 2003.  Every other year I have been slower than an assortment of Swedes, Danes or Swiss and even an occasional Englishman; but in 2003 when it came to Day 6 I had enough points to be certain at least of second place so had nothing to do but run as fast as I could and not waste any time worrying about navigating or anything else and the Swedish competition helped by having a bad run. The trophy is still sitting on my hearth.

Although it makes a pleasant change to win and I always had a go, I don’t think that it ever really mattered all that much. It was a good run if you had found all the controls and could still find enough to sprint on the run-in even if it did all take a long time.

HOW MANY EVENTS AND WHERE?

Don’t know how many events I went to from time to time but have kept all the maps and there are about 350 of them collected over thirty-odd years. Leafing through the file brings back a few memories…

I never got to like urban events, preferring to be out in the forest except that latterly I preferred it to be not too rough! When you get on a bit you find you have to climb laboriously down one side of a ditch and then up the other side instead of leaping smoothly across. I reckon that most planners are pretty fit athletic people who don’t yet know about this kind of thing or they would be more sympathetic.

I went to quite a few events in England, starting with the CompassSport Cup at Cannock Chase with INVOC and then quite a few trips to the Lakes and some to Yorkshire. I went to one or two events in Australia when I was there on holiday; great running and a new experience to come in with your shoes dusty. It was all a bit different: lots of controls on termite mounds, the air scented by the eucalyptus trees and kangaroos bounding off into the bush. Nearly as good as a Scottish forest in the rain…

This is hard to answer. For one thing, there is too much to think about for you to notice that the legs are tired and the breath is short; also because, unlike hill running where you can usually see a great line of people who are ahead of you, you never know if you are last until you see the results. More than that though, it’s mostly just about being out in the forest.

Why stop? Partly because driving to events gets more like work but mostly because even Short Green courses get to seem quite long and there are very, very few events with a class for M90’s. It’s tough competing against youngsters who are only 80 or so.

Over the years I have had all the possible problems:

Orienteers everywhere seem to be a helpful friendly lot. BASOC people certainly are and they always feel like personal friends. It would be unfair to single out any one individual.

Thank you Adrian.  Wishing you all the very best.

How did you get hooked on the sport of Orienteering?
Maybe other members have similar interesting stories to share?
It would be great to hear from a mix of age classes.
Email: jtaylor@britishorienteering.org.uk